Last year, Gruntify Founder and CEO, Igor Stjepanovic, had the pleasure of spending four months in San Francisco, California. During his stay in 2017, Igor formed multiple relationships with various industry partners, associations and innovation accelerators and incubators. One of those was the City Innovate Foundation. What initially caught Igor’s attention was their mission statement:

The mission of City Innovate Foundation is to guide local government agencies in developing user-centred products and services for the 21st century. By exploring emerging digital technology solutions with rising start-ups and experienced professionals from private and academic sectors, we enable city governments to test and learn while minimizing risk.

Our goal is to enable city leaders to build frameworks around data-driven policy decisions, and help scale these frameworks so the government can deliver services effectively and efficiently to more citizens.

Their mission statement touches on so many important points! What they’re focusing on aligns so closely with our vision for Gruntify; therefore, we wanted to learn more. Eventually, we got involved with a City Innovate program called Startup in Residence (STiR). As the rapidly growing startup that is developing enterprise solutions for smart cities and government clients, we were naturally motivated to engage with civic partners in the United States. Long story short, we applied for several challenges and won no less than three challenges to work with some of America’s largest cities and counties (San Francisco, Miami, Houston). No company has managed to win two, let alone three challenges before, so a big hooray goes to team Gruntify — great to be setting new records!

Okay, setting a new record was great, but the pressure was on to deliver exciting results to our new clients. So, we rolled up our sleeves and got down to work. Between February and May 2018, our team worked tirelessly to produce three pilot-ready solutions, all based on Gruntify. These are being trialled as you read this article. How exciting!

Which brings us to how the trip in May 2018 eventuated. Our Founder and CEO Igor Stjepanovic and COO Jeff Portwain were asked by BridgeSF organizers to present at the conference, as well as to exhibit our product. The pair flew from Brisbane to San Francisco to showcase the great work done by our team in front of some 400 delegates. The BridgeSF event was a great success! In fact, Igor and Jeff were overwhelmed with inquiries from multiple clients wanting to learn about our product! And Gruntify won an award for innovative use of technology — we couldn’t ask for more!

But while BridgeSF was the main reason for the trip, that wasn’t the only highlight. Prior to the conference, Igor and Jeff visited offices of GHD in San Francisco, where another fellow Australian is heading their Spatial Operations. Igor and Jeff had the opportunity to showcase Gruntify and explain how our ground-breaking technology is being used by our Australian and (more recently) US customers! Thanks to Andy for hosting us! Also, Igor and Jeff visited the City Hall, where Daniel Palmer and Krista Canellakis gave them a quick tour of the amazing building.

Another fantastic highlight was the VIP tour of the San Francisco — Oakland Bay Bridge. The Bay Bridge is not one, but a complex number of bridges spanning San Francisco Bay in California. As part of Interstate 80 and the direct road between San Francisco and Oakland, the Bay Bridge carries about 280,000 vehicles a day on its two decks. It has one of the longest spans in the United States. We can’t really comment on how the $6 billion dollar asset will be managed via Gruntify just yet, but suffice to say that Gruntify will be on the phones and in the pockets of those that look after this impressive and imposing structure.

Igor and Jeff (who never realized they weren’t scared of heights) — were taken to areas closed to the public, but which are regularly visited by the maintenance crew for various inspections and management activities. They also visited the not-yet-open museum which shows how the Bay Bridge has evolved since 1933. Oh, and they got to keep those fashionable jackets and hand gloves too!

Last but not least… We made many new friends, and look forward to making many more on our subsequent trips!

A smarter way to work in the field

Upgrade your inspection & maintenance workflows with a single, easy to use app. 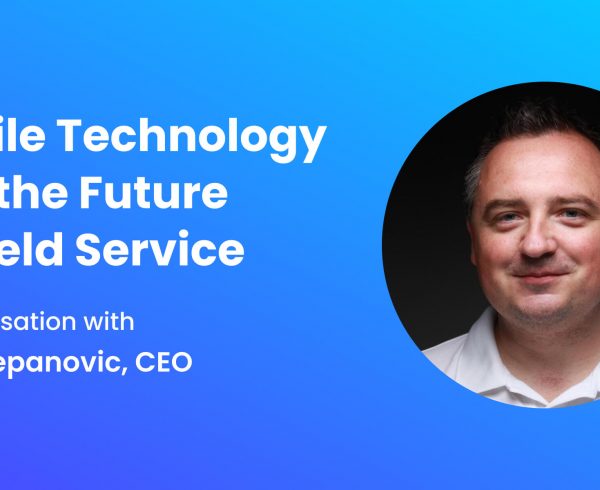 Mobile Technology and the Future of Field Service 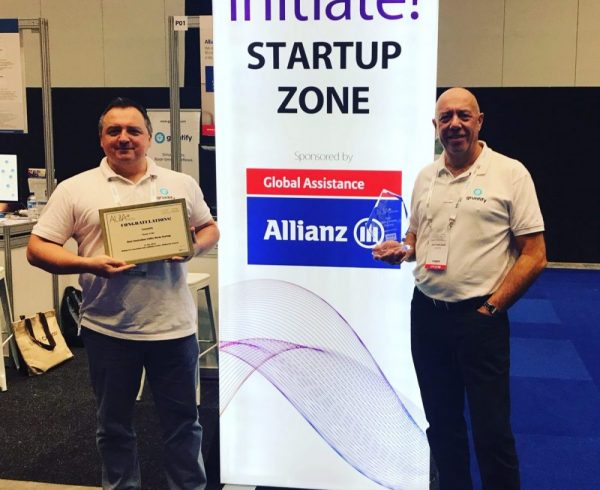 Gruntify Launches in the UK